You are here: Home / Bio 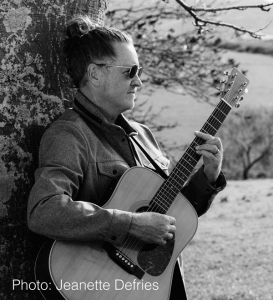 It’s been an amazing journey for Kevin, From forensic police crime scene investigator to Award winning singer-songwriter, Kevin Sullivan is starting to make his mark on the Australian Country music scene.

Kevin has played music and performed all his life, including Gympie and headlining at the iconic Birdsville Races. Kevin’s love of music came from his family and his earliest memories are sitting on top of the piano with his five siblings as his dad played Dixieland Jazz and they harmonised. Their house was always full of music, as his mum also loved Johnny Cash, Charlie Pride and Slim Dusty.

Kevin captivates audiences with his unique fusion of storytelling and traditional country sound, with his brass arsenal and bringing that big band feel back into country music.

Following his graduation in 2018 , from the CMAA Senior Academy of Country Music Course, he fulfilled a life-long dream and released his debut album BELONGING, which debuted at #2 on the iTunes Country album chart.

Later that year Kevin Sullivan was a dual finalist for Single of the Year for his song ‘Outback Australia’ and Male Vocalist of the Year at the Southern Star Independent Awards at Mildura.

2019 saw Kevin performing and recording in Nashville TN and then returning to Australia playing at a number of venues and festivals including the Big Country Festival in Berry NSW,  Ballina and Mildura Country Music Festivals as well as supporting Amber Lawrence on her Spark Tour. Kevin also played a sold-out concert with the legendary Bill Chambers on the South Coast.

2020 is shaping up to be another big year for Kevin, commencing with the Tamworth Country Music Festival, where he performed at a number of Premier Venues including, West Tamworth Leagues, The Pub with Bill Chambers, The Welders Dog, the Square Man Inn and the Tamworth Capitol Theatre as part of the Pure Country Spectacular No 6.

Kevin will be performing again at a number of festivals and venues across the country including The Man from Snowy River Festival, alongside Troy Cassar-Daley and Casey Barnes and is excited to be again performing and entertaining record crowds at the Berry NSW, Big Country Festival.