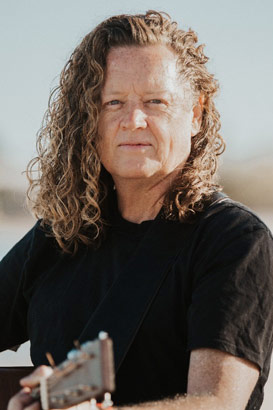 Kevin Sullivan has packed a lot into the last five years with the major switch from Police Forensic Crime Scene Investigator to award winning country music singer. Most recently Kevin appeared along with his singing children, The Sulli-Vans on Channel 7’s, The Voice: Generations.

2022 will see Kevin and The Sulli-Vans continue to win the hearts of Australians with their live shows; in April alone they’ll perform at The Man from Snowy River Festival (VIC), headline Back O’ Bourke Easter Festival, Tamworth Country Music Festival, Big Country Festival, then Kevin will continue touring and performing at festivals and ticketed shows across NSW, SA and QLD for the rest of the year.

The exciting evolution of the NSW South Coast singer/songwriter with his music and sound is evidenced by his 20/21 Australian  SULLI-VAN tour, where despite the Covid pandemic, Kevin took his family on the road and performed over 140 shows, travelling 40,000 kilometres.

Kevin enchants audiences with his tone, soulfulness, stories and sound, where the storyteller will engage you from the very first note. In Kevin’s music you’ll hear influences of Paul Kelly, Bruce Springsteen, Johnny Cash, Leonard Cohen and yet he has a style and sound all his own, that connects with your heart and spirit.

In November 2020 Kevin Sullivan received a sponsorship from Sunland Off Road Caravans, who designed and built a family caravan aptly named the ‘Sulli-Van’. Kevin Sullivan inspired audiences as he took his music from casinos and pubs, to roadhouses, caravan parks and house concerts. With shows from Cape York to The Kimberleys and at iconic festivals such as The Man From Snowy River Bush Festival in Corryong, Victoria and the Drovers Camp Festival in Camooweal, Mt Isa, Queensland to The Nambung Country Music Festival, where the family band received a standing ovation from over 2000 people.

From the release of his very first album 2018’s “Belonging” (featuring the now fan-favourite ‘Outback Australia’) to “The Sulli-Vans” covers album featuring the harmonic voices of the Sulli-Van kids, Kevin Sullivan is a living breathing example of the saying, “It’s never too late to chase your dream”.

While Kevin might have only recently joined the Australian country music family, his 2022 plans indicate this is where he belongs. The coming year will not only see The Sulli-Van Tour resume, continued work on his much anticipated second original album, ‘Against the Tide’ (recorded in both Nashville and Australia due out in 2023), plus the release of the aforementioned “The Sulli-Vans” album (full of much-loved Australian classics, country music favourites and contemporary hits) and a co-written autobiography is also in the works.